"Yzma, put your hands in the air!"

There is something about being reunited with a friend you haven't seen in a long time that is really incredible. Immediately you fall in step with each other; reading each other's thoughts and laughing at jokes that no outside party could ever understand. At least, that's how it was when Sarah and I met up with my best friend Ali in Paris this past weekend! The three of us haven't been in the same place since we graduated last May. But it seemed as if no time and all the time in the world had passed since then. Everything and nothing has changed. 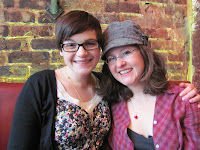 We were immediately set loose in the heart of Paris where the three of us had bonded in the first place during study abroad three years ago. Three years! Unbelievable! We had lunch in the Latin Quarter before window shopping turned into actual shopping in the Marais district. In the late afternoon we met our friend Brita by the Hôtel de Ville for drinks. So it was even more of a study abroad reunion! For lack of time's sake, we had dinner at an American restaurant I will not mention on the Champs-Elysées. I will say 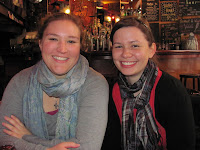 it's the trendiest one I've ever been too, but that's all! I think you know what I'm talking about. Then we ran across the street to see Alice in Wonderland in 3D. The March Hare was by far my favorite and we were quoting him the rest of the weekend. We snuck in American sodas we had bought at the Thanksgiving store earlier. Root beer never tasted so good, except perhaps in a root beer float!

Saturday morning we woke up bright and early to make our dreams come true. That is to say we went to Euro Disney! I know, I 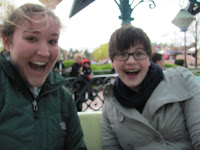 know, this makes for my third visit. But I had to go with Ali! And besides, I'm convinced you can never go to Disney too many times. It never loses its luster in my childish eyes! It was pouring down rain all day long, but the crowds were still swarming everywhere. Unfortunately this included the rudest bunch of tweens I have ever encountered in my entire life! But no matter, nothing was 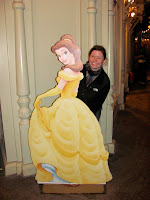 going to dampen our spirits physically or mentally. We skipped our way through that park without a care in the world and it was magical! I'm not sure if any group of 20 somethings has ever quoted so many Disney lines or sung so many Disney songs in the span of ten hours. I desperately wanted to find Peter Pan, but characters at Euro Disney always seem to be in hiding/running away from guests, darn frogs. The rain wasn't helping. Mark my words, one day I will find him at Disney and it will be "just like we dreamed it" (the theme song for this park, which we were belting every 10 minutes). We were smart enough to start with our favorite Space Mountain, which ended up having technical difficulties the rest of the day. But it was ok. It just made an excuse to go on rides we'd never been on before i.e. Star Tours, the carousel, and Buzz Lightyear Lazer 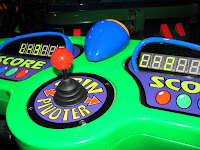 Blast. We finished on Buzz Lightyear and I've got to say it's the most awesome ride ever! You go on these cars from room to room shooting lazers at targets on the bad guys through the whole thing, points and everything. It was like living a video game and it was awesome! We also ate at the Blue Lagoon, which is the restaurant right next to the Pirates of the Caribbean ride, so you can watch everyone going by on their boats. It was definitely worth the splurge. Especially the crème brûlée i.e. they set the crème on fire right in front of us! Ah! It was just so much fun! We all were in dire need of a break from reality and there's nothing like magic carpets, prince charmings, and spinning teacups to do the trick! 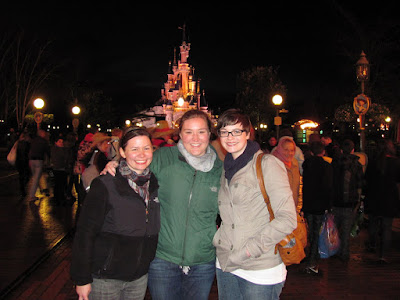 Easter Sunday Ali and I went to Hillsong. It was incredible! If I could have joined that church on the spot, I would have. But what a glorious way to celebrate! We met up with Sarah in the Latin Quarter where we went and got Nutella crêpes at our favorite crêpe stand. Sarah and I had both given up Nutella for Lent- very difficult to do in France, if I may say so- and it was one sweet reunion! We had this hunch that everything was going to be closed because it was both a holiday and a Sunday, but it really wasn't a problem. Everything we needed to be open was. We walked all over town and finally made it to the Eiffel Tower. Everyone was there. Everyone. I have never seen so many people there midday. Literally, we all had to hold hands to make it through the crowds together.

But... ah! What a wonderful weekend! I, for one, am missing their combined company already! There's just nothing like being with your besties. Nothing! I haven't laughed like that since the last time we were all together. Here's to it not taking 11 months next time! Thanks girls! And, "I need lots of chocolate and a Diet Coke please!" hehe.